DJ EDGE HAS AFFILIATIONS WITH ALL OF THESE MAJOR BRANDS

Edge has been a DJ since 1992 at the age of 13, Edge found himself heavily involved in the Undergound Music Scene and started DJing on Highly Noatable Pirate radio Radio stations. Having DJ'd at some of the largest & most Exclusive Clubs & Venues UK & Worlwide Edge knows how to quickly form a relationship with his target crowd.

In 1999 Edge Wrote & Produced a a HUGELY popular UK Garage Track under the name F.U.N (Future Underground Nation) - It's The Way '99

This track has played an instrumental part of the UK club scene for 20 years and has given Edge many platforms as a DJ to not only work as a Private event DJ but also as a Club & Festival DJ. CLICK HERE to listen or to Buy the Track

His music is regaularly played on national radio and freqently played on Kiss FM, Kisstory, BBC Radio 1&2, Capital FM, Capital Xtra BBC1 Xtra and over the years has been used on TV adverts for comlilation albums and had his music appear on major record labels such as Sony Music, Ministry Of Sound Records, Universal Music, New State Music & was included on the award winning Compilation PURE GARAGE (Rewind Back To The Old Skool) Mixed by multi talented DJ EZ. Having spent the past 2 decades touring Ithe UK & nternational events and having been blessed and travelled internationally with my music to destinations such as France, Amsterdam, Northern Cyprus, Turkey, Ayia Napa, Ibiza, Kos, Zante & Falaraki...

BE AMAZED WITH OUR "ULTIMATE CLUB EXPERIENCE" 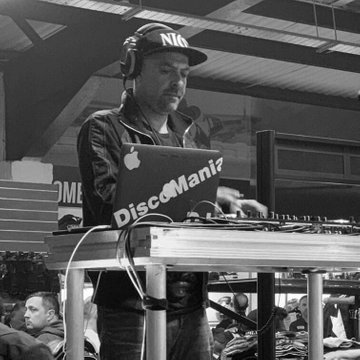 As part of a Specialised service i am able to offer a Complete Nightclub experience, with an Earth-Shaking sound system, 3D Laser lighting, Smoke Machine, UV Lighting, a custom playlist of all your favourite Club, Festival & Rave Anthems From The Summer of love '89 all the way through to present day. so all you Old Skool Ravers this one is for you... From all your Big Kisstory styl RnB/ Hip Hop Bangers to Old Skool Classic House & Hardcore to Jungle / DnB / Old Skool UK Garage, Funky & Commercial House, Deep/Tech House, Bassline House through to the latest Jump up DnB

ADD THE WOW FACTOR WITH OUR EXCLUSIVE LIVE ACTS

Edge you was absolutely amazing and so patient with us. I’ve had so many people say to me “your dj was brilliant” great choices of music throughout the day and night and then to arrange for us to have the lovely Leanne Mason came straight from Wembley to perform Flowers at our wedding, It was out of this world! 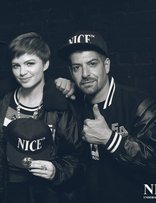 F.U.N PERFORMING THERE UK GARAGE SMASH 'IT'S THE WAY' 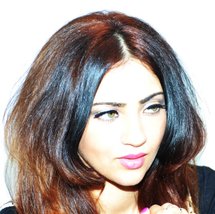 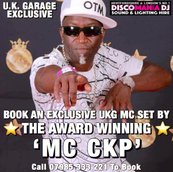 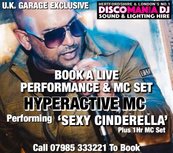 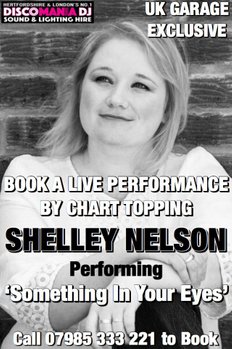 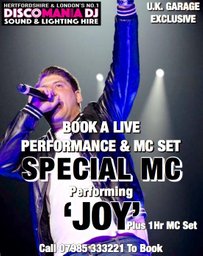 WHAT WE OFFER IN OUR BUNDLE